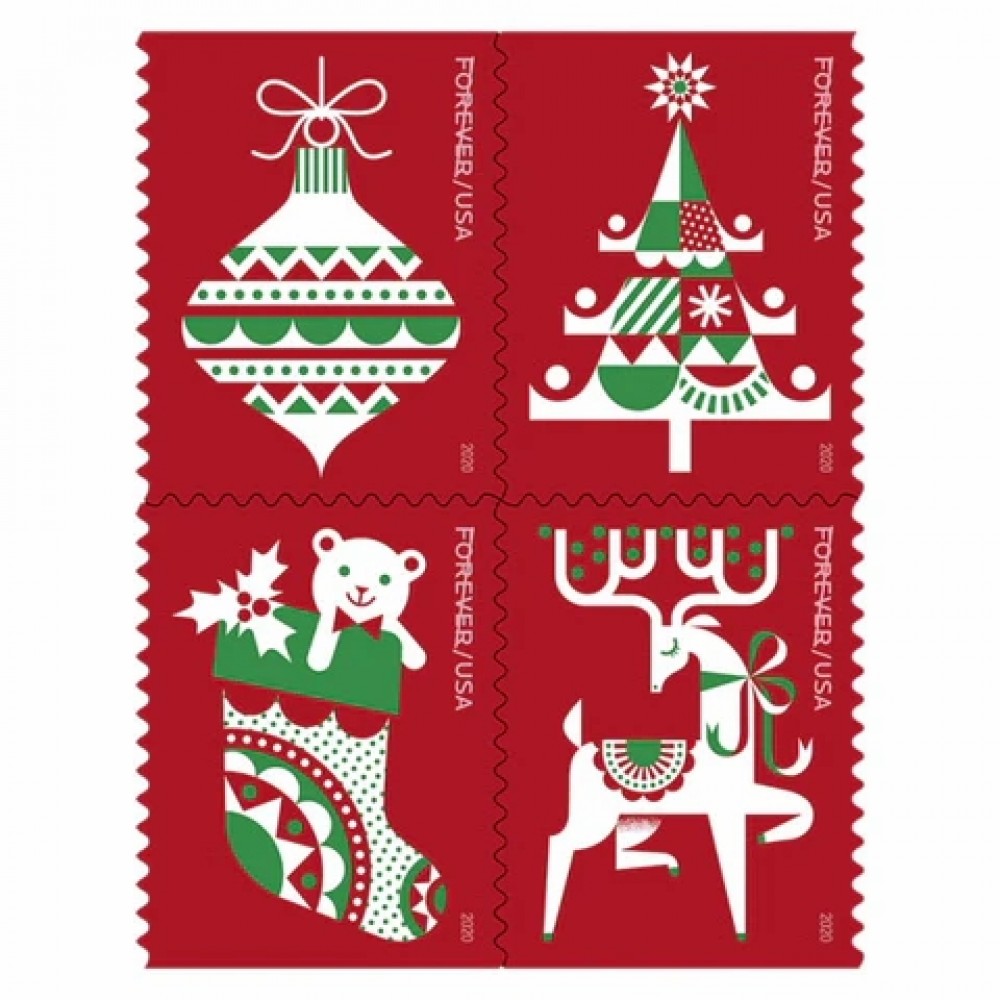 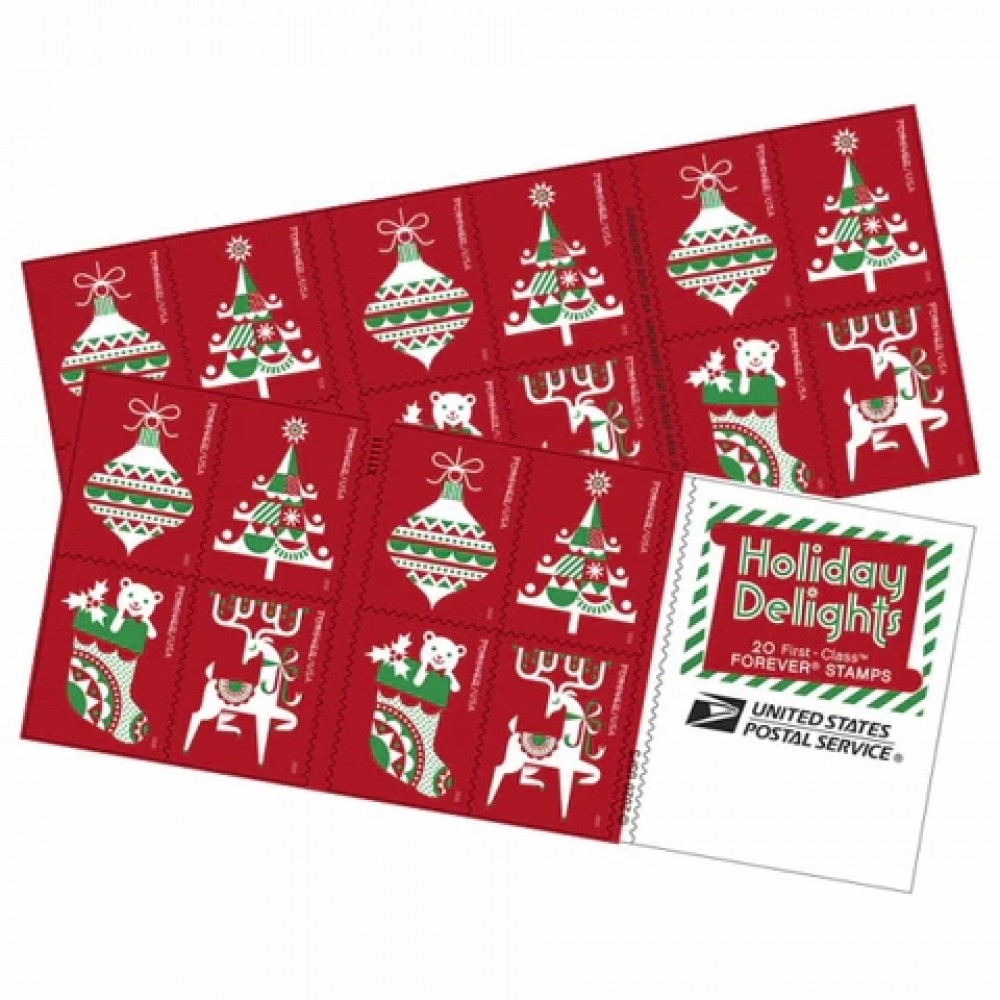 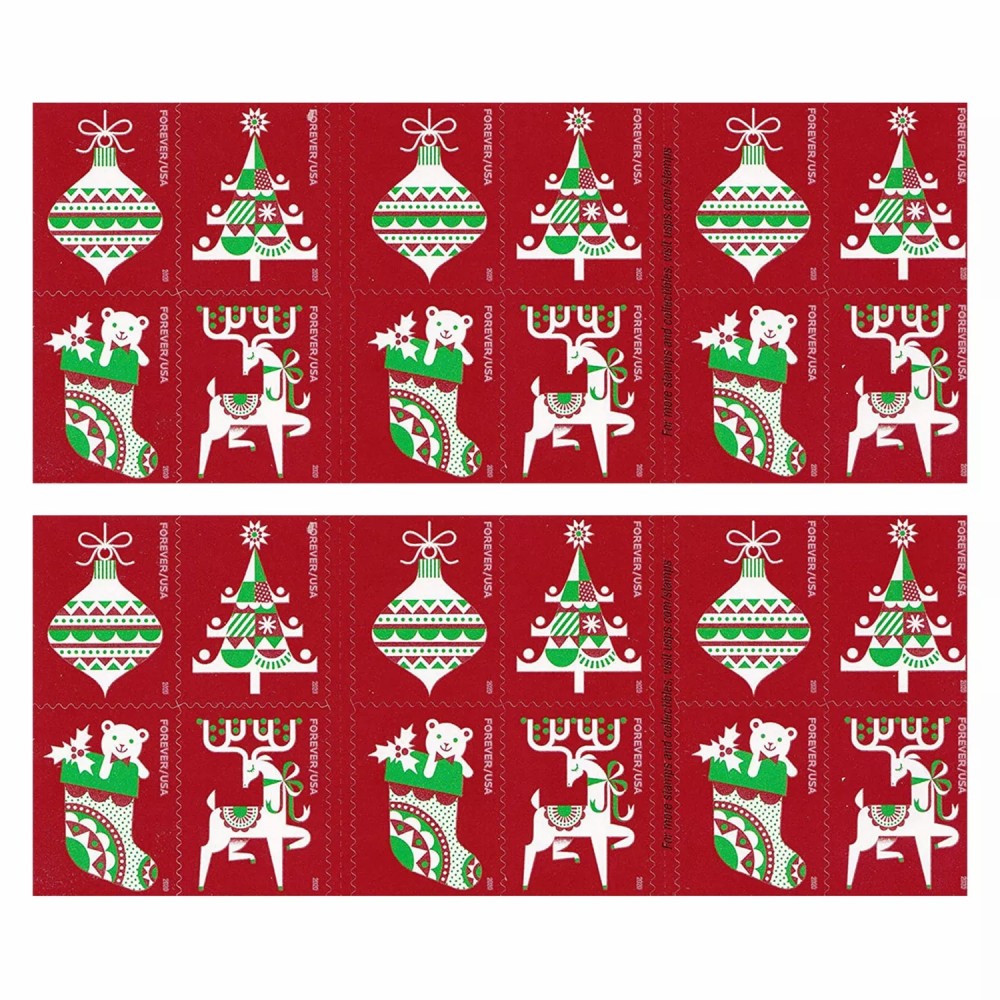 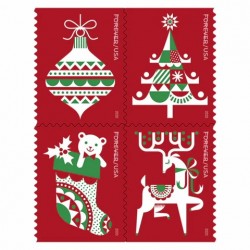 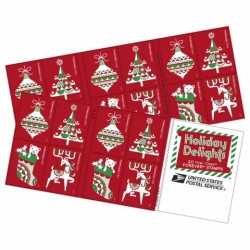 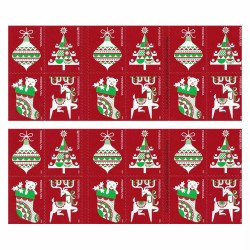 Celebrate the holiday season with Holiday Delights, a new stamp issued by the U.S. Postal Service. Inspired by folk art but with a modern graphic vibe, these charming designs will add a touch of whimsy to your holiday mailings.

Illustrator Kirsten Ulve used a traditional palette of red, green and white, and channeled her love of Christmas, vintage ornaments and Scandinavian folk art to create unique digital illustrations of four holiday icons: a prancing reindeer with antlers; an ornament tied with a bow and ready to hang; a tree topped with a star; and a stocking holding a teddy bear and a sprig of holly. “Forever” and “USA” appear along the stamp’s edge. Art director Antonio Alcalá was the stamp designer.

Once the tradition of decorating trees caught on, in the 1890s, Woolworth’s five-and-dime stores began to import handblown ornaments. By the mid-20th century, Americans were buying hundreds of thousands of ornaments each Christmas.

The origin of hanging stockings is lost in myth, but according to legend, St. Nicholas heard of a widower who could not pay his daughters’ dowries. St. Nick dropped gold coins down the man’s chimney, and they landed in the girls’ stockings hung by the fireplace to dry.

Although there is no certainty about how reindeer originally came to be associated with the holiday, it could be that their natural habitat in northernmost Europe and North America fits perfectly with the story of Santa’s secret North Pole workshop.

The dedication location is connected with Christmas: Frankenmuth. It is the home of Bronner’s, the largest Christmas store in the world, and is a Bavarian-rooted town with lots of holiday-related activities. 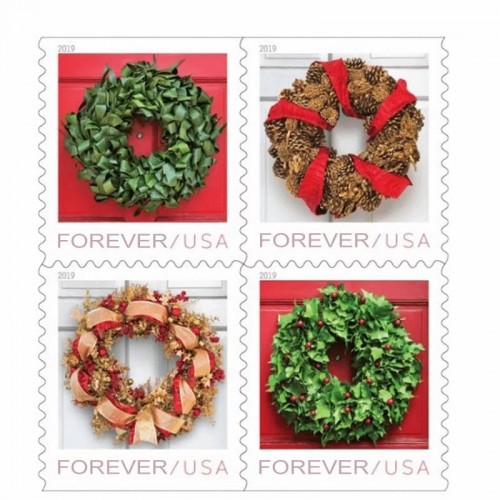 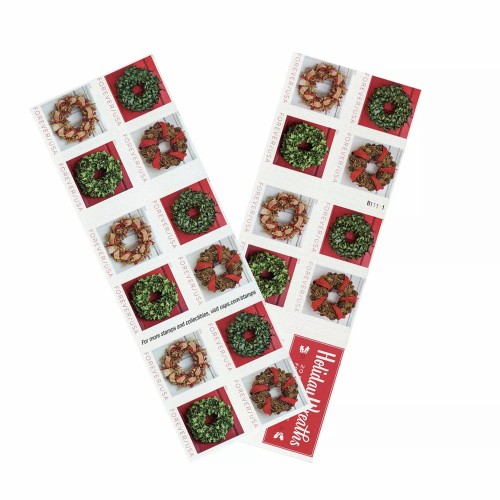 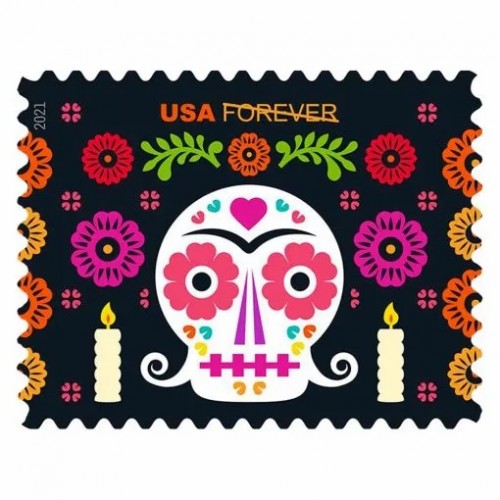 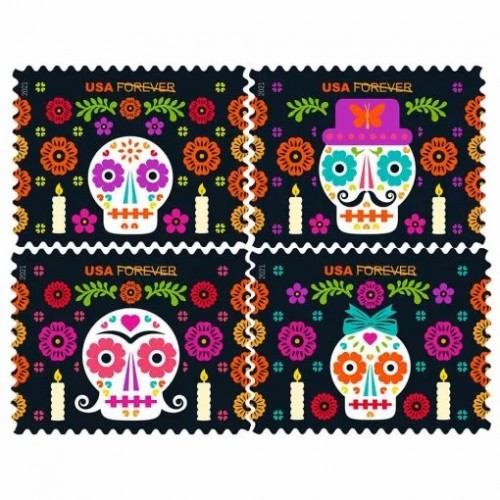 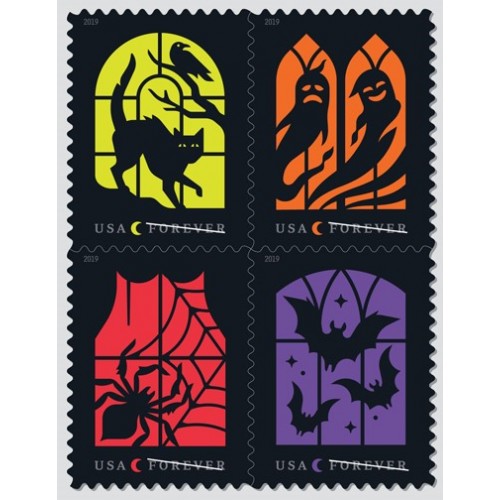 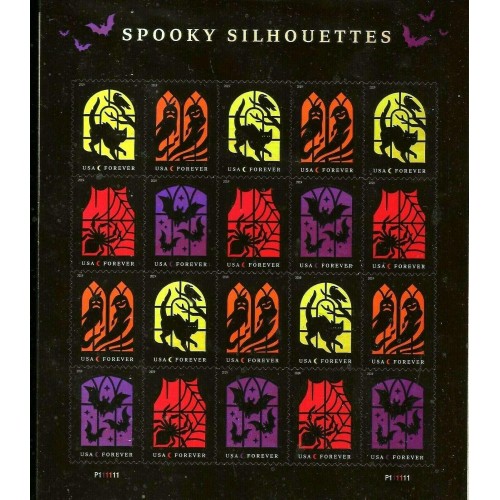 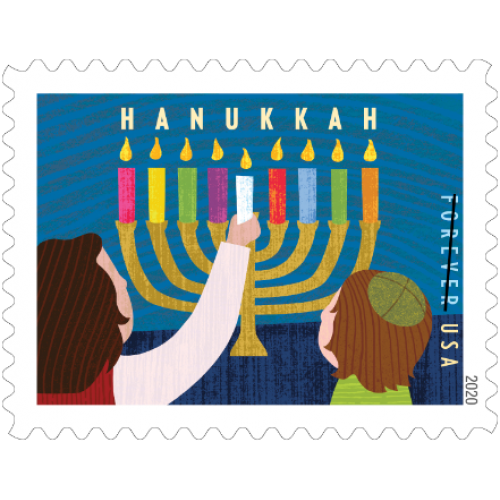 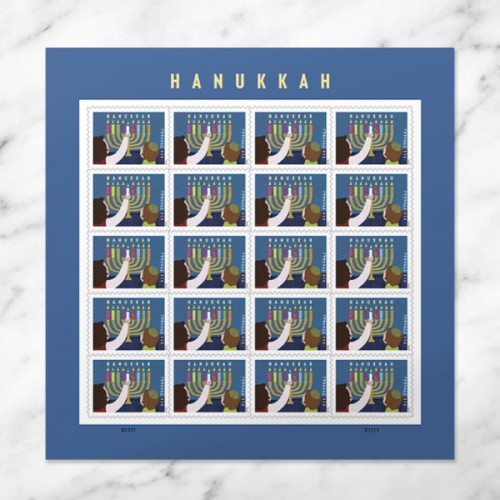