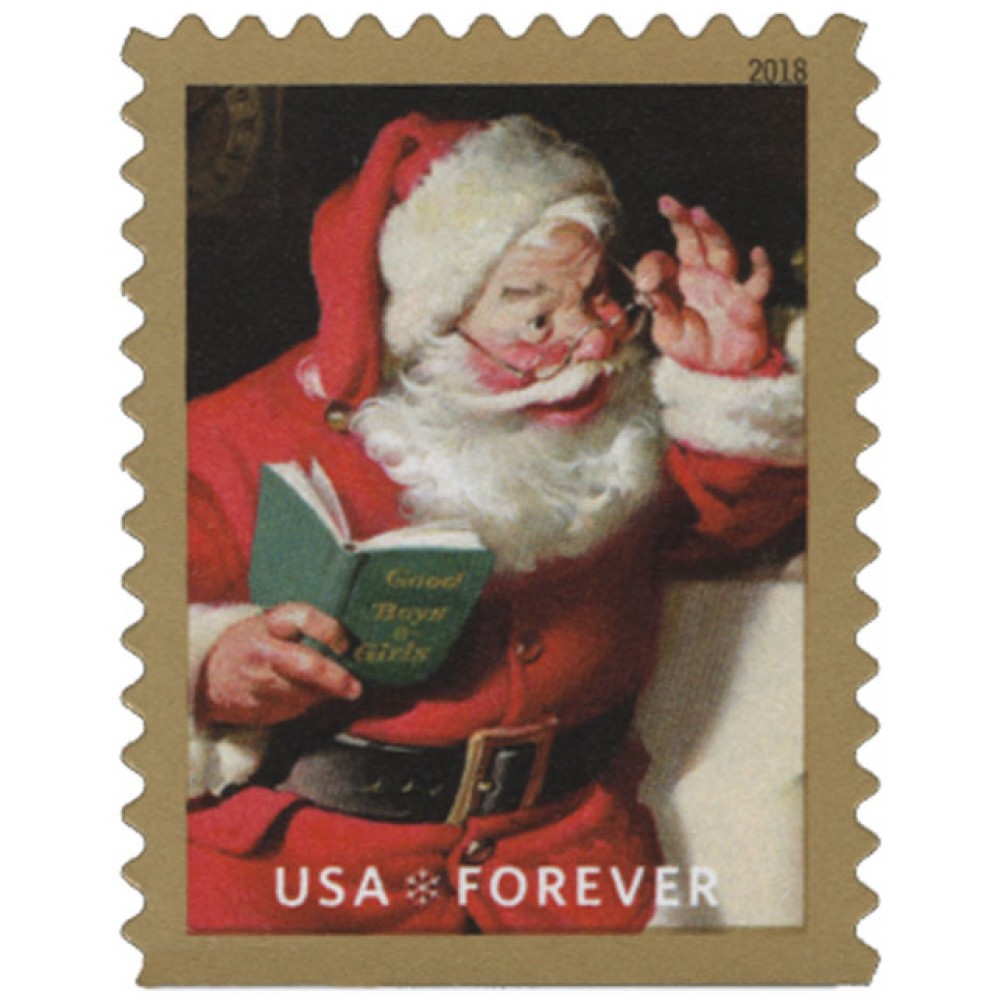 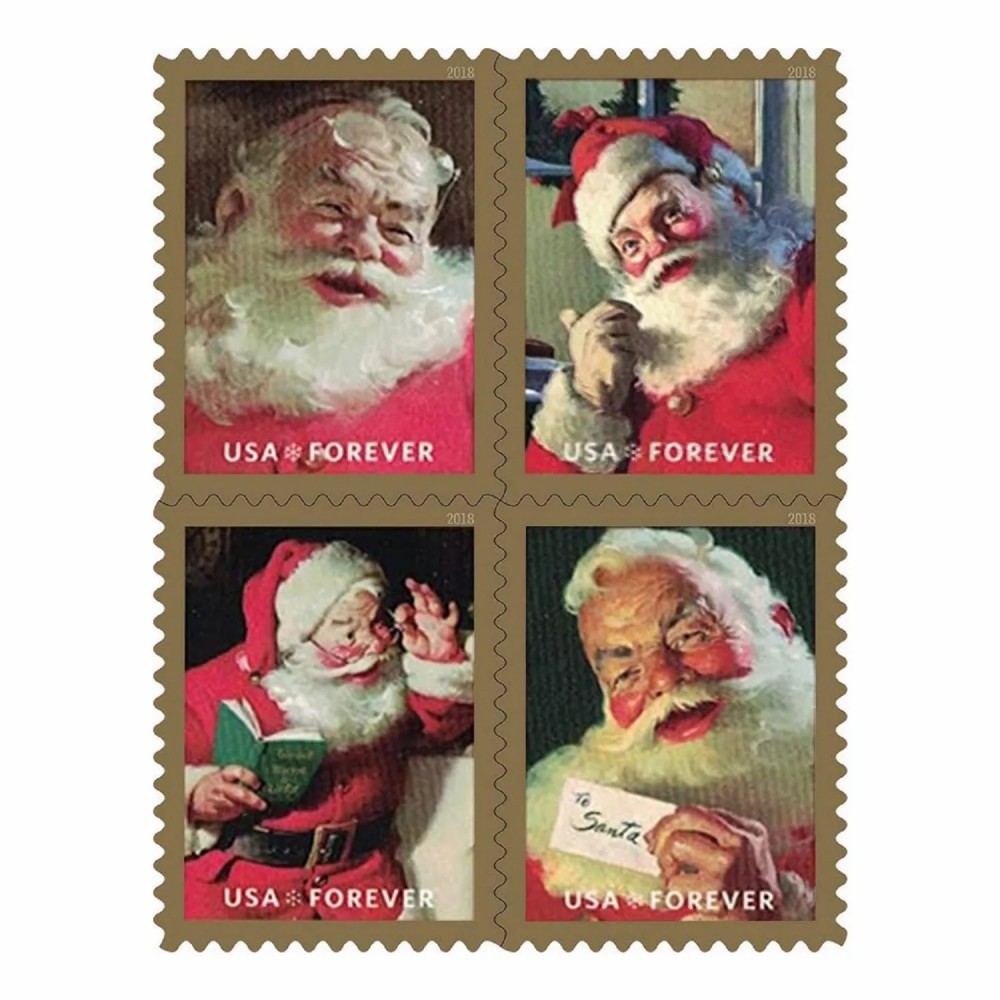 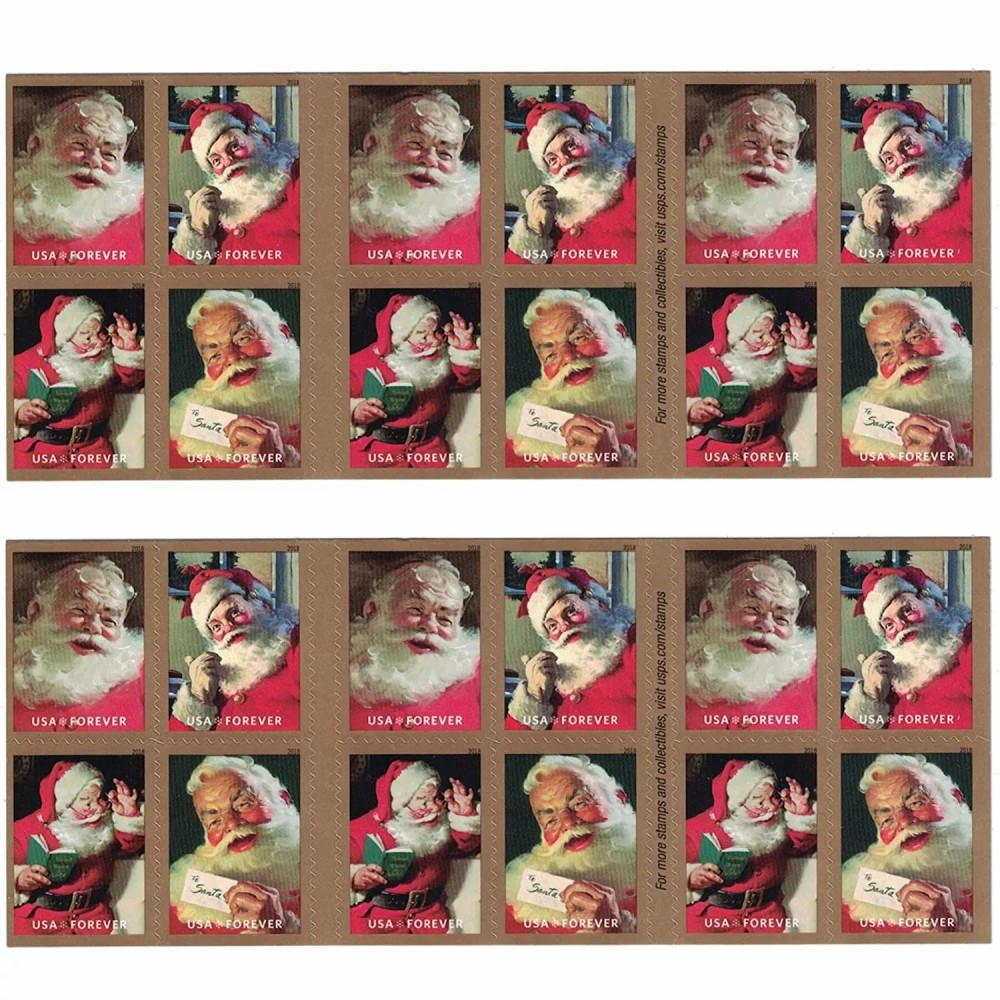 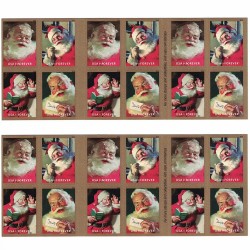 The Sparkling Holidays stamps, sold in booklets of 20, feature four classic portraits of Santa Claus. Taken from larger paintings created by Sundblom, these vintage images were originally published in ads for The Coca-Cola Company from the 1940s through the early 1960s. Sundblom is credited as the individual who most refined the modern image of Santa. In addition to the stamp booklet, a souvenir sheet is available which includes a stamp and depicts a wider scene of one of Sundblom’s paintings chosen for the Sparkling Holidays stamp booklet. In it, Santa is depicted standing by a fireplace holding a book that lists good boys and girls. Three Christmas stockings hang along a mantel decorated with greens and ornaments. Peering over his glasses, Santa reads a note. The use of gold metallic ink, the flow of the type, and the organic shape of the border harken back to graphic styles of the first half of the 20th century. Art director Greg Breeding designed the stamps and the souvenir sheet with existing art by Sundblom. The Sparkling Holidays stamps, sold as Forever stamps, are always equal in value to the current First-Class Mail 1-ounce price. 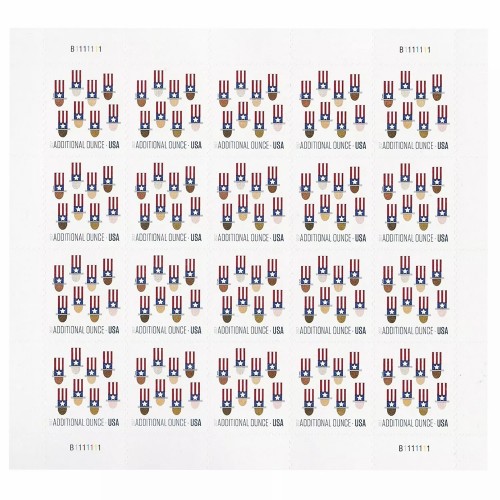 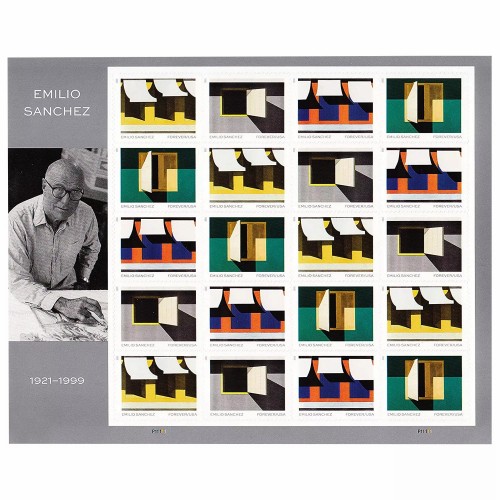 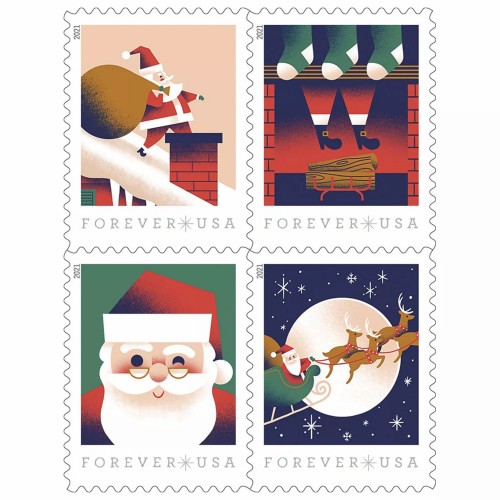 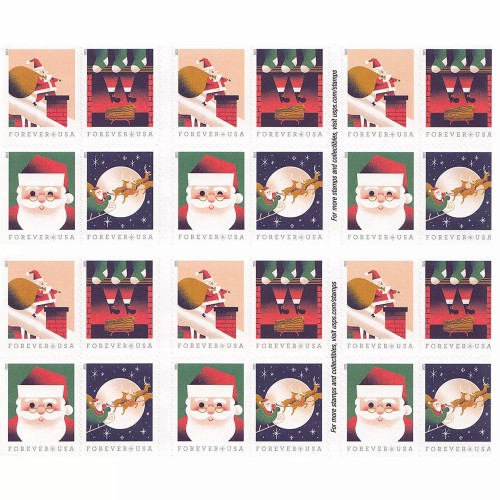 New -50 %
A Visit From St. Nick Forever Stamps 2021
Every Christmas, children all around the world dream of a visit from St. Nick. The U.S. Postal Service celebrates that highly anticipated event with f..
$29.99 $60.00
Add to Cart
Add to Wish List Compare this Product
Buy Now Ask Question