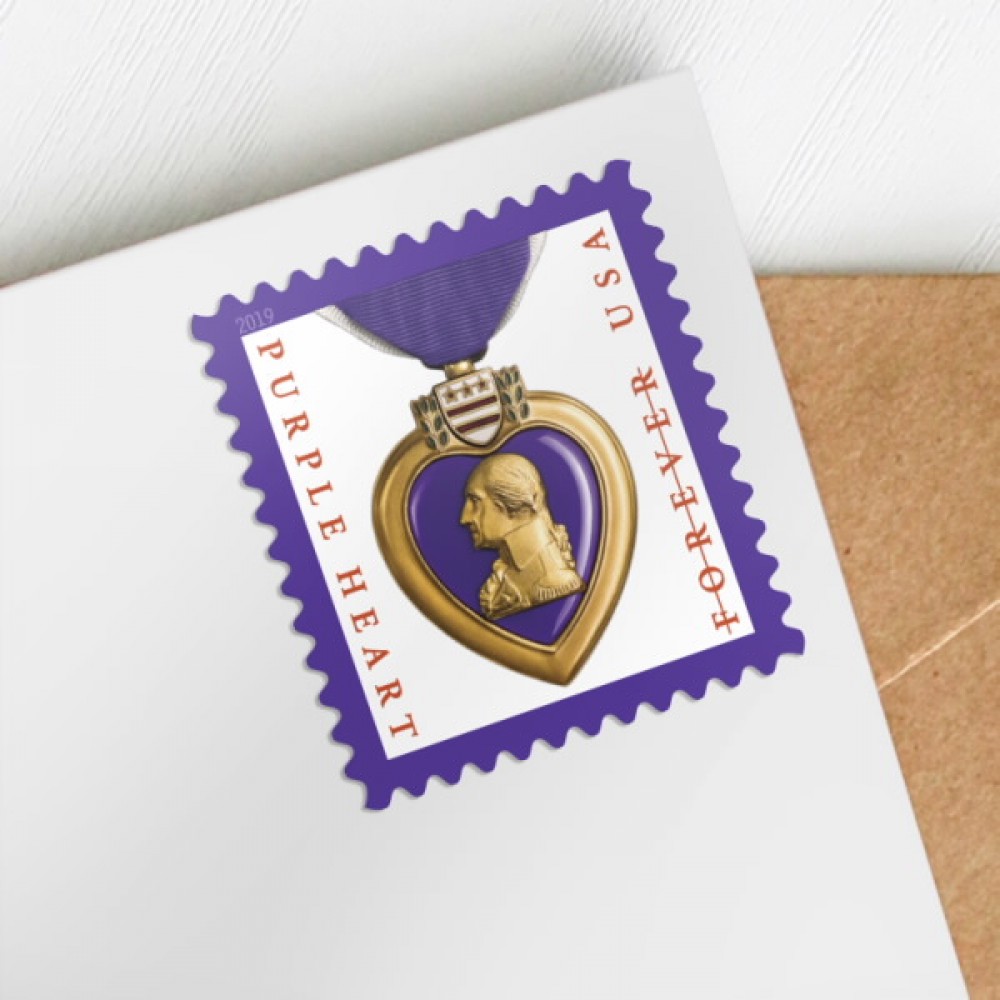 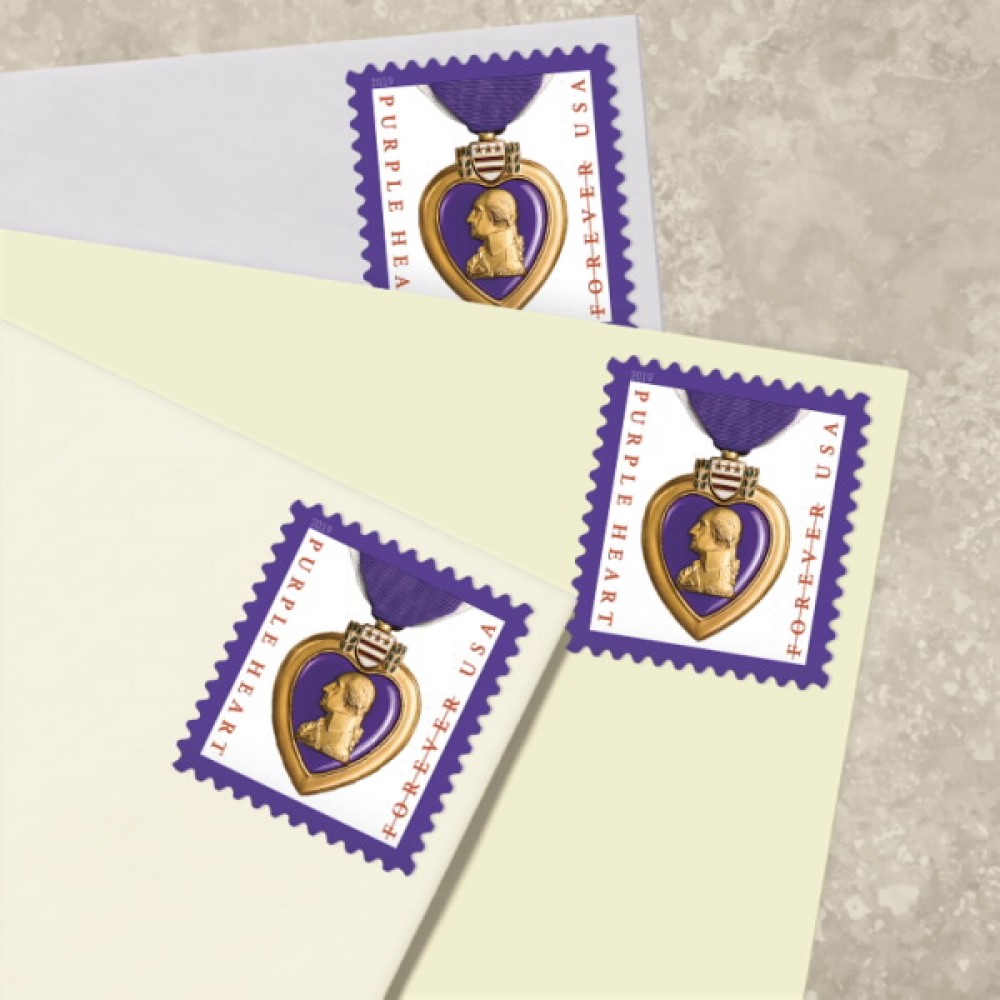 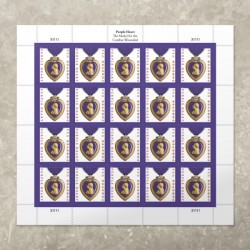 The U.S. Postal Service® continues to honor the sacrifices of the men and women who serve in the U.S. military with the issuance of the Purple Heart Medal Stamp 2019 stamp that depicts the medal suspended from its purple and white ribbon.

The Purple Heart is awarded in the name of the president of the United States to members of the U.S. military who have been wounded or killed in action. According to the Military Order of the Purple Heart, an organization for combat-wounded veterans, the medal is "the oldest military decoration in the world in present use and the first award made available to a common soldier."

Established by General George Washington during the Revolutionary War, the badge of distinction for meritorious action—a heart made of purple cloth—was discontinued after the war. In 1932, on the 200th anniversary of Washington’s birth, the decoration was reinstated and redesigned as a purple heart of metal bordered by gold, suspended from a purple and white ribbon. In the center of the medal is a profile bust of George Washington beneath his family coat of arms.

The Purple Heart Medal 2019 stamp is a redesign of the 2012 Purple Heart Medal stamp and features a purple border matching the brilliant purple of the medal and its ribbon. Ira Wexler photographed the medal. William J. Gicker served as art director with Bryan Duefrene as designer.

The Purple Heart Medal 2019 stamp is being issued as a Forever® stamp. This Forever stamp will always be equal in value to the current First-Class Mail® one-ounce rate. 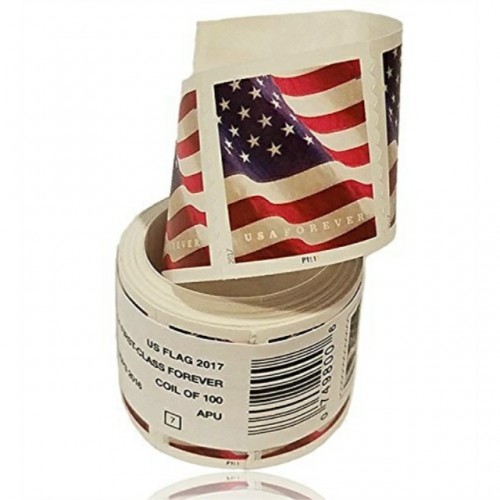 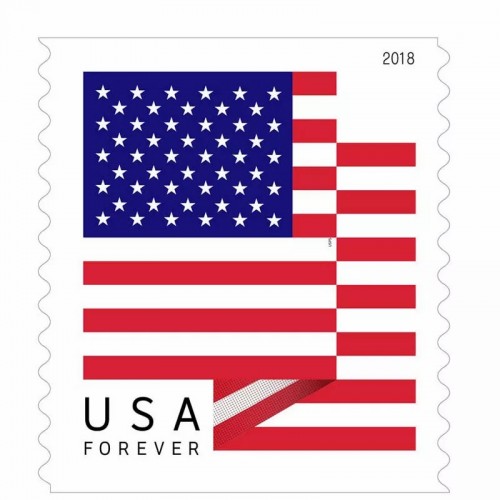 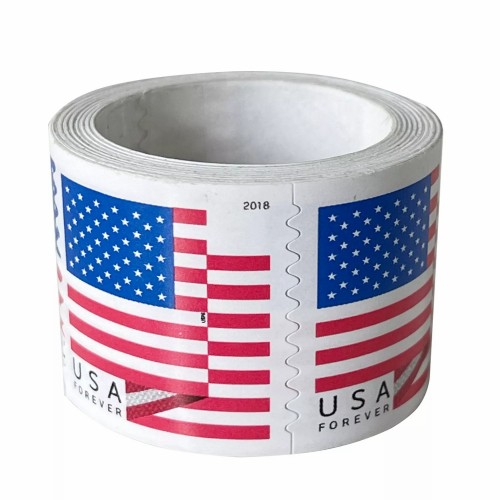 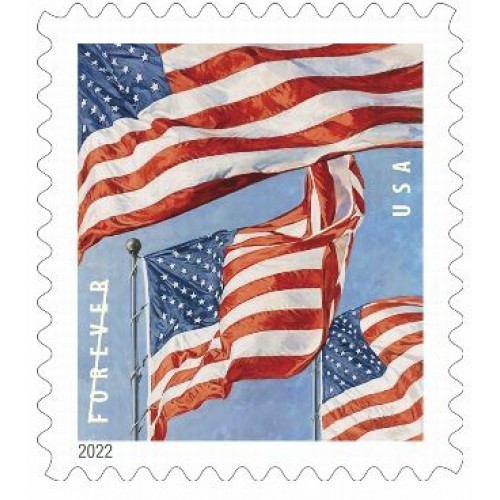 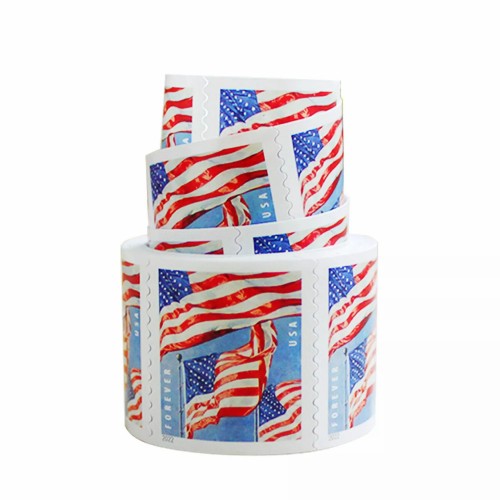 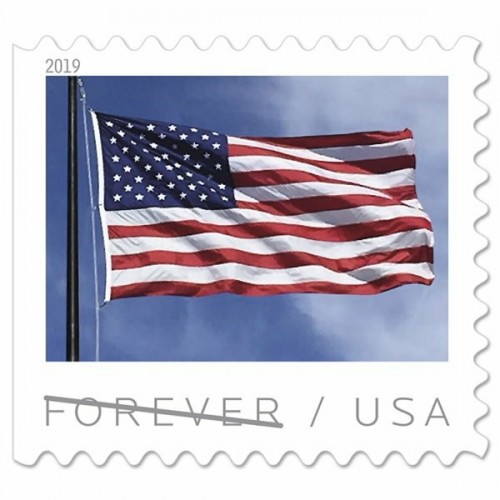 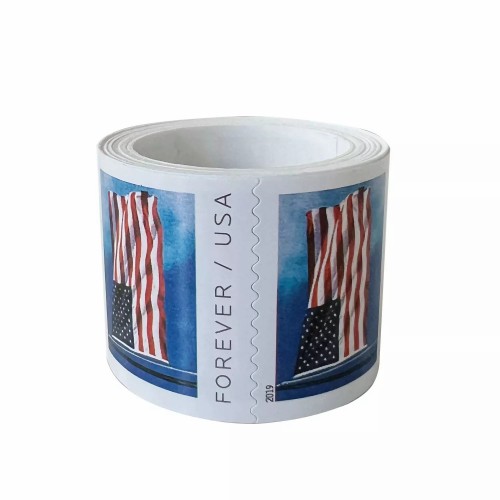 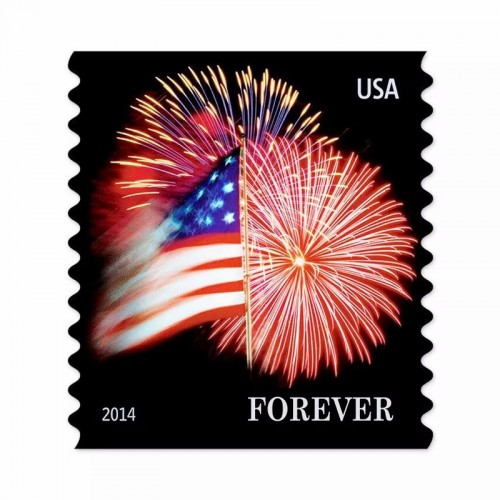 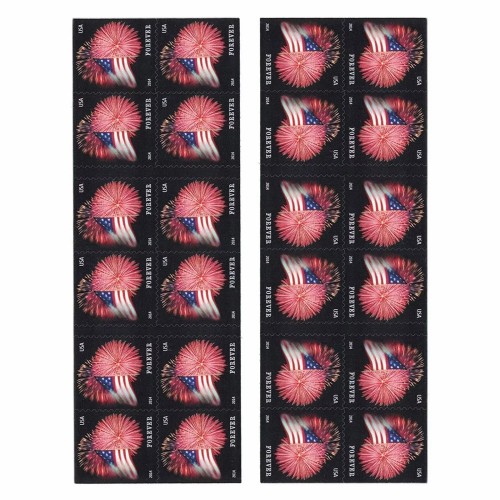